Skip to Content
Home / The Art of Interracial Marriage / Interracial/Intercultural Marriage: North Indian Man And African-American Woman A Love Story You Have To Read About To Believe 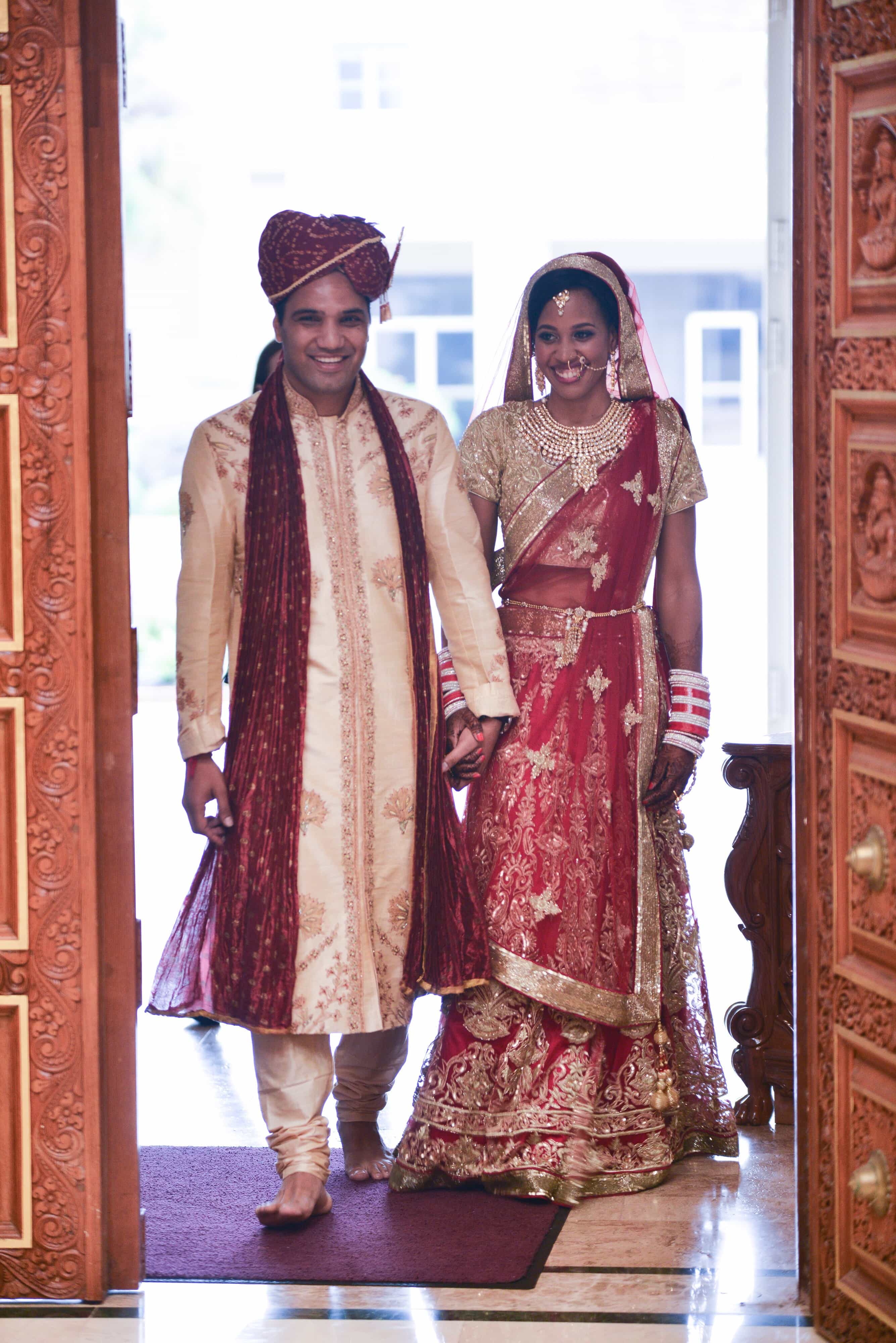 Interracial/Intercultural Marriage: North Indian Man And African-American Woman A Love Story You Have To Read About To Believe

Hi, we are Abhi and Nicole and we are a Black and Indian (aka Blindian) couple currently living in South East Asia.  We truly come from two different worlds and upbringings.  I, Abhi was born and raised in a very conservative Jain family in a small town in North India, and Nicole grew up in a Christian family in Indiana.  Notice that Indiana has the word India in it, and the last two letters are NA…Nicole/Abhi (perhaps just a coincidence).  We met seven years ago and finally got married in Nov 2015.

We met in a Cuban salsa dance class in Texas.  At that time, Abhi was a MUCH better dancer than me. So the first time we danced together, I, Nicole stepped all over his feet!  I was so embarrassed that I messaged him later that night apologizing.  As time went on we became friends, best friends actually. We talked about everything from our:  hopes, dreams, fears, work, and families.  He introduced me to Indian food , and I introduced him to cheese, and everything that contained sugar.  Neither of us actually imagined our friendship would turn into anything serious.  Since Abhi was in the process of getting arranged for marriage.  Yet after we went to Cuba on holiday with a friend things swiftly changed.  It became obvious that we fancied each other, but still, we left it at that until we had “that moment.”  A moment at the airport when it was time for us to say goodbye to each other.  We gave each other a long hug (the kind of hug you don’t want to end) and then our eyes locked.  It was like our eyes and heart spoke to each other without uttering a single word, and it was then that our relationship became serious.

Our Journey Has Not Been Easy

Nicole and I never had that blissful “honeymoon” period couples experience when they first date because my family found out immediately through the grapevine that we were together.  In my village, EVERYONE has an arranged marriage.  There are no ifs ands or buts about it and then there was us…the exception.

When my parents found out they were devastated and heartbroken.  My mother had been dreaming about her perfect Indian daughter in-law for years and there I was taking that all away.  They couldn’t understand why I wanted to shame them.  They wondered what did they do wrong.  They regretted sending me to America to study.  The biggest question was “How could I do this to them?” I too wondered many times, how could I hurt the ones who sacrificed their everything, for me to have everything.  The pain was too much for me, my family, and Nicole.  On top of that Nicole’s father was extremely disappointed because he envisioned her marrying an African-American man.

For the next four years, Nicole and I went through many ups and downs. My family continuously tried to push me into an arranged marriage.  Then, I voluntarily took work assignments in Africa, followed by Europe for over 2 years.  I was running away from everyone because I simply could not choose between my family and Nicole.  How could I make such a decision?  I avoided Nicole for months at a time (no phone calls, no emails, not texts) and I did not speak to my family for a year.  Imagine, how could two people simply wanting to be married cause so much destruction to a family?

Nonetheless, Nicole aka Positive Pattie never gave up.  Instead she decided to fast from her favorite comfort foods: French fries, gummy bears and potato chips until we got married. It took 3.5 years from the point she began fasting for us to get married.

Additionally, Nicole wrote note cards every night proclaiming that my family will accept us as a couple, she became vegetarian, and she took Hindi classes.  To keep her sanity, she volunteered at a ranch after work and continued to take dance classes.  She believed and had faith even when it looked like there was no way this would ever work. I often told her she was foolishly optimistic.  Her response was everything is possible…even us.  And she was right!

When my work assignment ended I returned to the United States and we decided to move in together (which we hid from both of our families).  After spending so much time apart we wanted to make sure that this is what we really wanted.  We had many conversations about the complexity of my family, their expectations for a daughter in-in law, and the possibility of them never accepting our relationship.  We also talked about how we would maintain our relationship knowing there could possibly always be some sort of strain or disappointment present.

The Courage To Introduce Nicole To My Parents

I eventually got the courage to introduce Nicole to my parents while they were visiting my sister in the United States.  I was terrified and worried about what I would do if they didn’t like her.  Nicole was her usual Positive Pattie self and their first meeting went well. Whew!  They wanted to make sure that this is what Nicole really wanted.  And if she could eat Indian food and wear Indian clothes.

The Proposal & Our Wedding

The following year, without my parent’s blessings per se,  I decided to just go for it and I  proposed to Nicole during spring break in a small village in Italy.  I finally realized my parents were never going to say “son, we give you our blessings to marry Nicole.”  Though deep down I did want that.  I wanted them to be happy too.  It wasn’t enough for just me to be happy.  We were married later that year.  My parents reluctantly attended our wedding, but they did and are making an effort to get to know Nicole, and accept her as their daughter.

Our Top Advice To Other Couples: 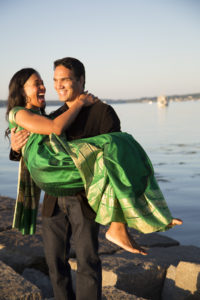 Thank you Nicole and Abhi for sharing your extraordinarily heart tugging and faith-filled love story with us. What do you think of Nicole and Abhi’s love story? Is it not one that you have to read to believe? Like our content? Subscribe! Have a question for us? Write us at growingupgupta@gmail.com.  Find us on Facebook and Instagram @growingupguptas and on Twitter @growingupgupta 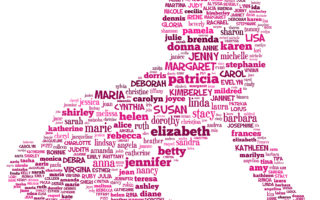 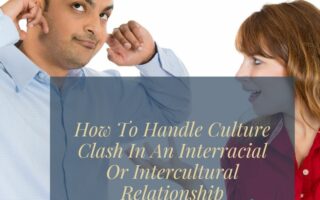 How To Handle Culture Clash In An Interracial Or Intercultural Relationship 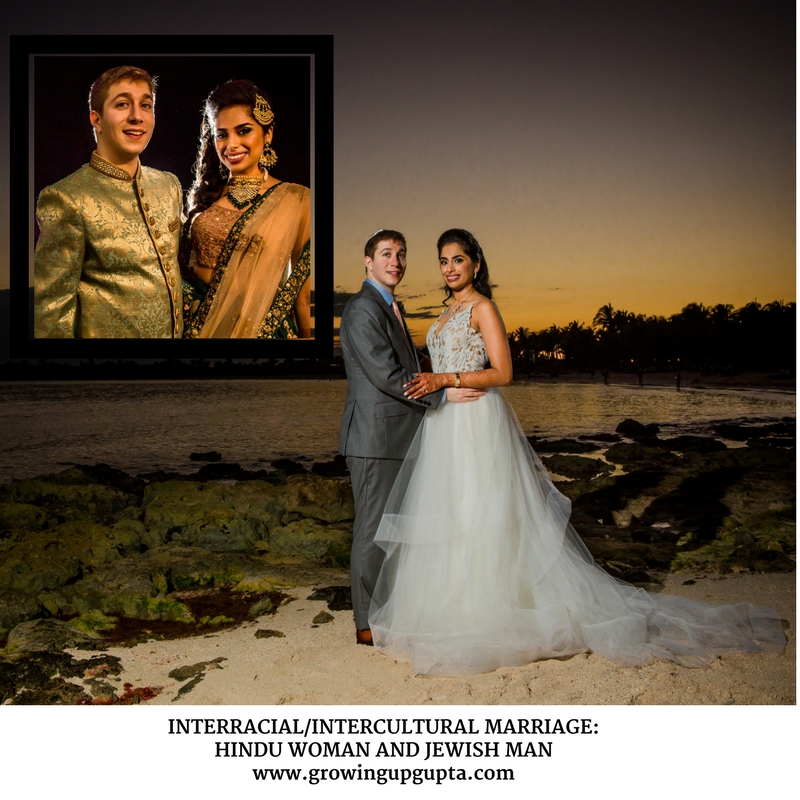