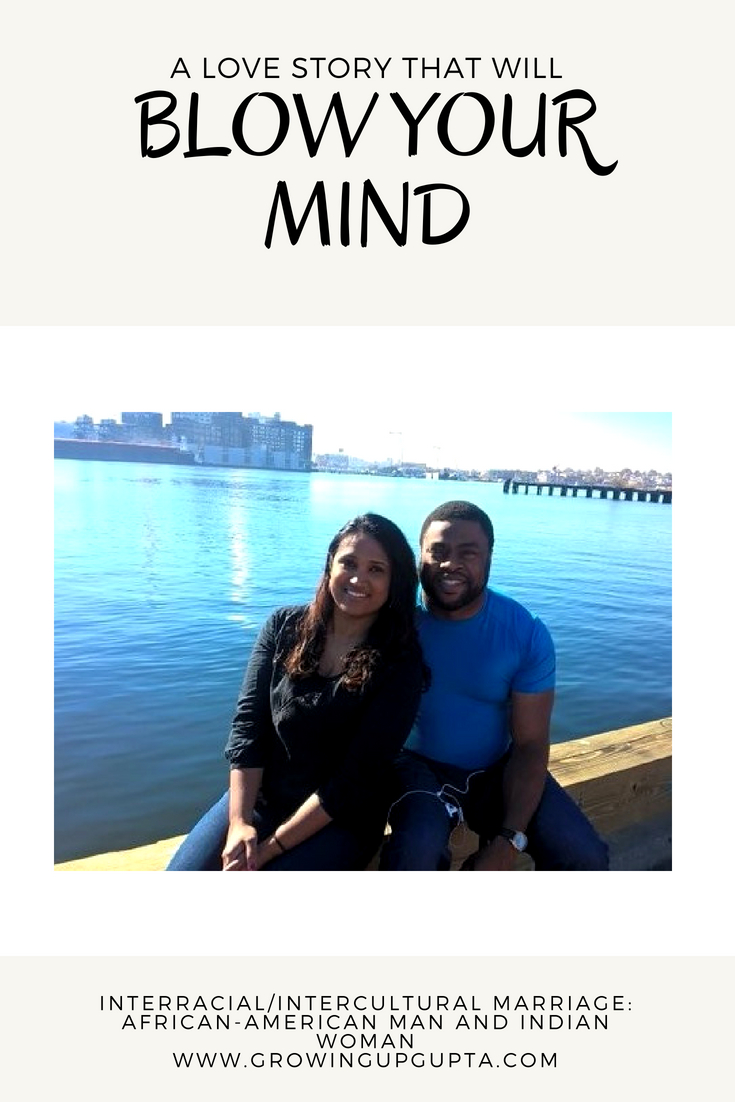 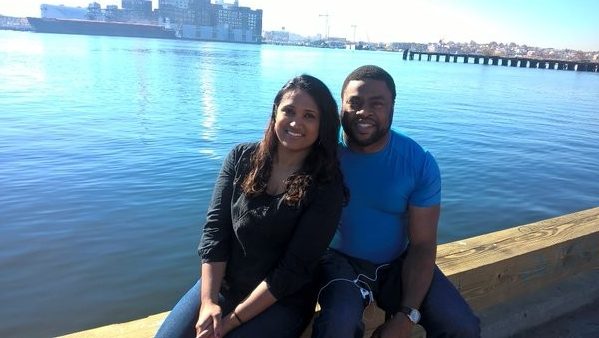 Hi! We are Carl and Lata. I, Carl am an African-American man, and I was born in Mt. Clemens, MI. My beautiful wife, Lata is Indian, and she was born in Bhopal, India. I lived in California for two years, other than that in S.E. Michigan my entire life. Lata moved from India to Detroit, MI when she was about nine years old. She lived in the city of Detroit, MI for a few years, and then moved to Roseville, MI and eventually Troy, MI.

Lata and I met on Sunday, June 30, 1991. In fact, the 63091 in my online names represents the day that we met. I had just graduated, and my church had taken me out to eat at a restaurant which was also Lata’s place of employment. It was Lata’s first day on the job that day. SHE WAS GORGEOUS! My entire church had come in, so instead of training her they decided to sit her down until “the rush was over.”
While she was sitting there, I wanted to talk to her, but I was scared. So I sent my friend to ask her for a few things: straws, spoons, extra napkins, etc. She was more annoyed than amused because she didn’t know where anything was. Finally, I asked my friend to ask her for her phone number. She sent back her answer… NO! I was devastated, embarrassed, and humiliated, but I managed to eat LOL! After everyone ate we all filed out of the restaurant. And just before, I left, I walked past her, and she said that she would take MY NUMBER! I was geeked, so I gave it to her, and I walked out of the restaurant so happy. A few days later she called, and we arranged our 1st meeting. After that… “It. Was. A. Wrap”/we were together.

The Challenges We Faced Head On

Sneaking And Dating Each Other

We, of course, had to sneak and date one another. Lata told me early on that she was not at all allowed to date, call members of the opposite sex, or have a boyfriend. Her father had been killed by a drunk driver shortly after they moved to Detroit, MI, so she lived with her mother and other two sisters. Therefore, we had to avoid the Indian American Community altogether. We would meet at her friend’s house about a half a mile away.

After two years of successfully secretly dating Lata’s mother’s suspicions were validated by Lata, and she came clean. Afterward, she called me because her mother had called her uncle over to take her back to India. When Lata told me that I went over to their new house to see if I could help any. When I arrived at the door Lata’s mother cried hard for nearly an hour. She just insistently kept saying, ” We don’t do this…”

Eventually, Lata’s mom calmed down, and we did begin to talk. It did not go well. As it turned out, Lata’s mom revealed that she had already chosen a suitor for her daughter. She bought the brand new house that we were in, and she was going to bring him to live there once he married her. She circulated the man’s picture, and ultimately Lata was told that if she continued to see me, then she would not see her mother, or her younger sisters again (Lata is the oldest child). Lata and I talked, we cried, and we thought, and ultimately, it was Lata’s decision. And Lata courageously chose to leave with me.

Lata’s mom had (it seemed) made good on her promise. She had taken Lata’s two sisters, and she just vanished after a while. We couldn’t understand it. She had just bought a house and then disappeared. As it turned out, she had to go back to India, and settle things with Lata’s “husband-to-be family.” To complicate matters, Lata had to stay with a friend of ours when her mom first left because I had not yet had my own place. Upon her return, I was intentional in trying to have Lata patch things up with her mother but did not have a significant relationship until we had our first child in 1995.  After that, I was tolerated/accepted.

What Carl’s Parents Thought Of Lata

There were no challenges from my family. Lata was embraced immediately.

1.) Carl shares to proceed with understanding. There will be angst and ire. Yet understand the reason why you’re bucking against a centuries-old culture! I can’t tell you how many times that I’ve had to say, Carl, you’re the 1st African-American man in the family ever. So suck it up, and exercise some understanding!
2.) Carl states-there will be culture clashes. But understand why you were born on two different hemispheres and/or have two different family ways of doing things/thinking.
3.) Lata remarks-to start your relationship as friends, as your foundation, and stay focused on what you fell in love with during your courtship.
3.) Carl explains- there will be a myriad of divergent relational challenges. But understand why-Lata’s dad had passed when she was around 10. My parents had divorced when I was 10. If our relationship was going to be successful, then we had to forge our own destinies.

Combining Cultures For Our Children 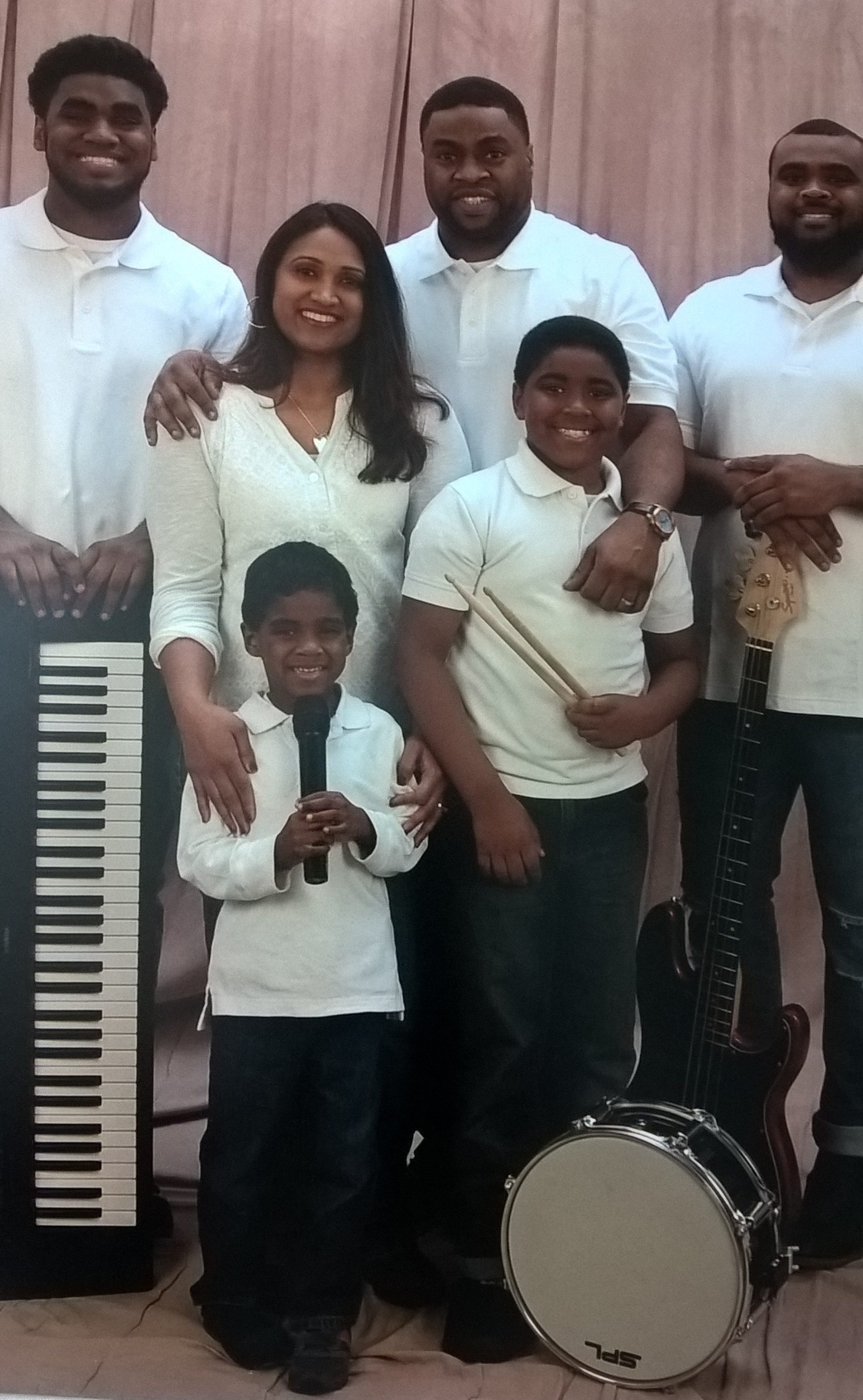 Lata and I have four boys. For us, combining cultures for the benefit of your children is easily done only after you have fully embraced each other’s cultures. When I was dating Lata, I would spend hours in the encyclopedia studying India. She was the first Indian person that I had met in my life. She was the first exposure that I had to Indian: music, food, people, clothing, and language(s), etc.

Additionally, both cultures must be acknowledged and celebrated, but not one amplified over the other. Lata had embraced Christianity; although, she was born and raised Hindu. After her father passed, they would attend Hindu temples less and less. I was born and raised in the church, and I have been a “church boy” all of my life. Lata says this gave me an advantage because we both have very similar values on life and even love. Themes such as purity and righteousness were themes that we had embraced through different religions, but once we had children, we could both model and teach our children together. And eventually, Lata’s mom converted to Christianity as well…

Lastly, we are intentional in making sure that Indian movies and music was/is played in the house. And we remind the boys that they have two different bloodlines and cultures within them.

1.) Lata says to teach your children both cultures.
2.) Carl and Lata both advise to begin and keep your own family traditions.
3.) Carl adds as it relates to raising multicultural children, it may not be all bad that they see you struggle and disagree, as well as, make-up and keep loving one another. It does take a village to raise children. Lata and I have two different sets of children (23, 19, 11, and 6…we tried to get a girl, lol!) And the beauty in that, today, is that we can speak with our older sons like young men, and be very transparent. They have seen and heard a lot from us and life. Looking at us and looking out into the world that they live in can lend a compass for where they will seek their own life’s directions. The second set will be that much easier to rear because they have, not only their parents but their older brothers from which to form and embrace their own family values.Wow! What a compelling and mind-blowing love story. Thank you, Carl and Lata, for sharing your love story filled with a rollercoaster of raw emotions and priceless parenting tips! Congratulations on your upcoming wedding anniversary of 27 years! How phenomenal is that! 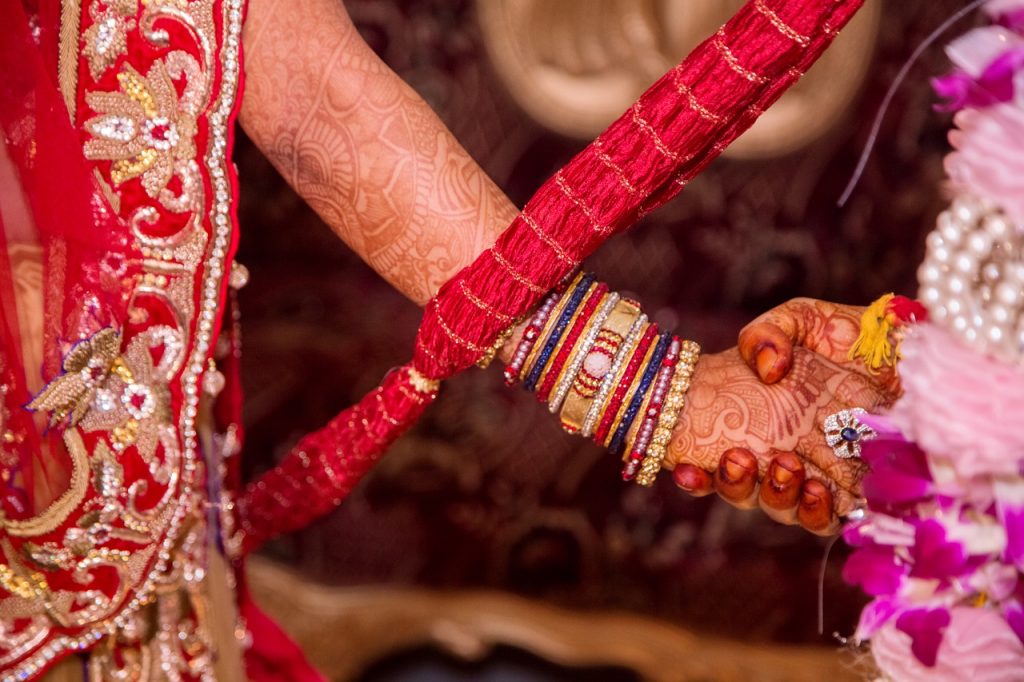 Taking the Step from Interreligious Dating to Marriage 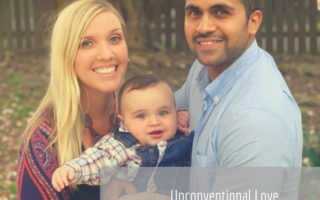