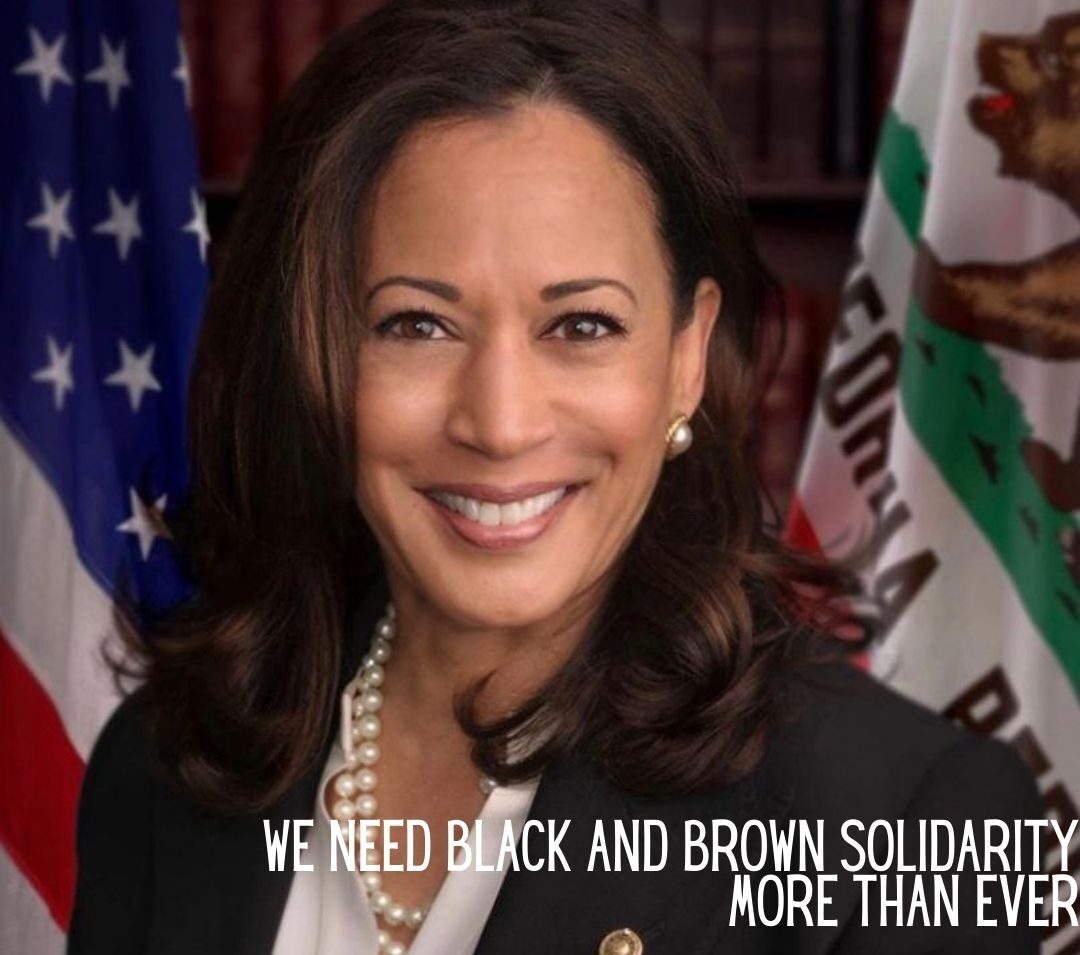 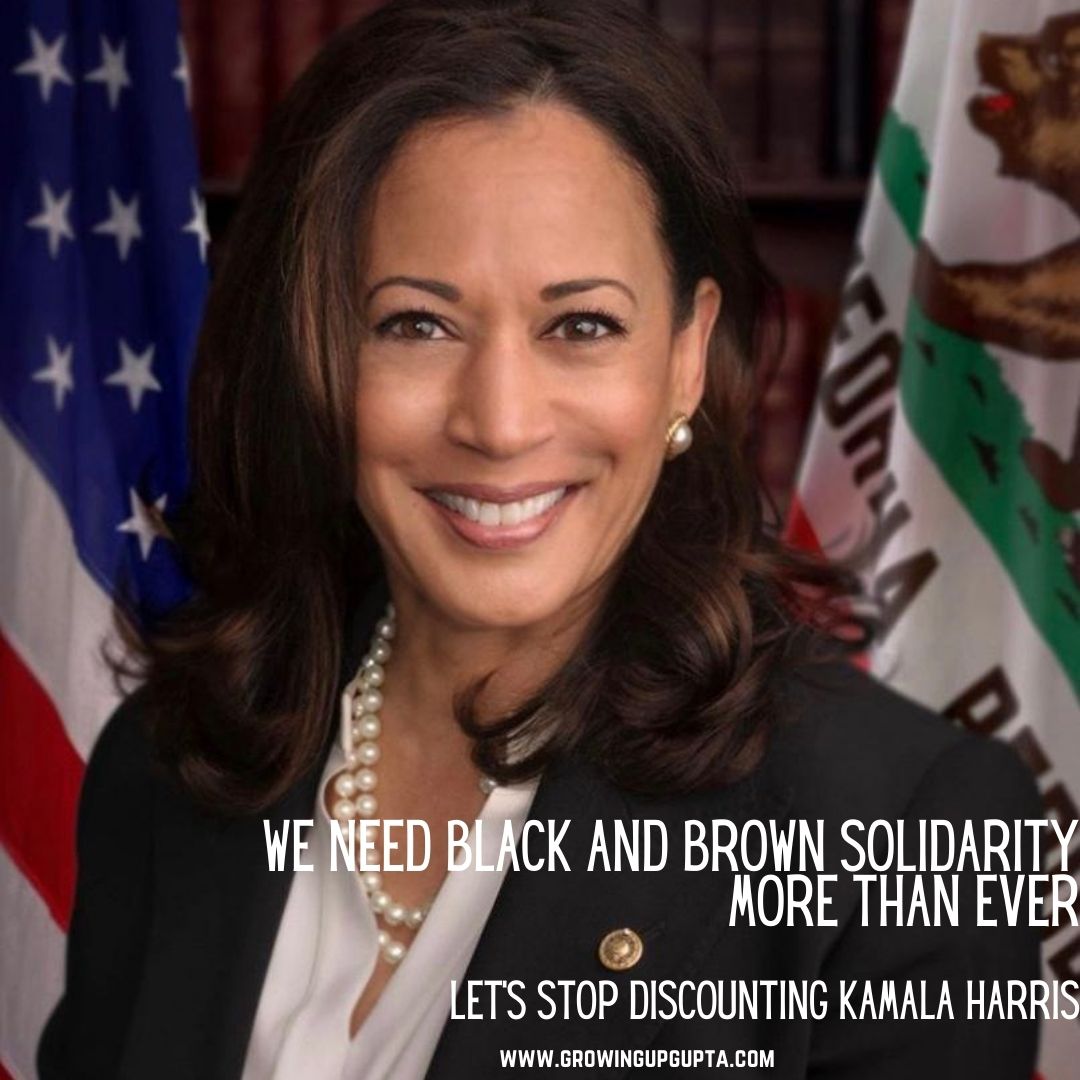 We Need Black And Brown Solidarity More Than Ever

“If you are fortunate to have opportunity, it is your duty to make sure other people have those opportunities as well.” ~Kamala Harris

History was made on Tuesday.  For the first time, in U.S. history, a woman of Black Jamaican and South Asian descent is the Vice Presidential nominee on the Democratic ticket. Talk about shattering the glass ceiling! Attaining the most unattainable nomination and position in Americana as a woman of color! Dreaming big! And showing the world what (the face of) America represents! My biracial (African-American and South Asian) daughter, your daughter, our daughters, can do the same one day!

Certainly there are a plenitude of naysayers in regards to Kamala’s policies. How she gained access to the top?  How she chooses to identify racially?  Is she American? Her parents are immigrants (launch the birther reel)? Her true objectives, etc.?  However, show me a politician and even more so a person of color that has not been ridiculed for the same?

Moreover, does not Kamala Harris have the same right, a human right, might I add to evolve too?  Instead of frowning upon her past, why don’t we make sure that the policies that she helps to put in place are representative of our values as Americans?

Rightfully so, without pause, tenacity, and fervor Kamala Harris became:

Therefore, at this time, continuously “breaking her down” (all pun intended) is akin to igniting a fire to a building that is already on fire. Deceitfully leading us all to overlook what truly matters right now.

America Is Embattled And Crying Out

We, the people, are crying out. A pandemic is sweeping the earth. Over 168,000 people have died in the U.S, nearly 750,000 across the world.; jobs have been furlong and lost. Systemic racism and oppression, separation of families, gender bias, inequity, and more continue to decimate our nation, and we are collectively lamenting that enough is enough. Hence now is the time to act. And to stop balking at the possibility of a Black and Brown woman being the next Vice President of the United States because her stances on all the issues do not equally match our own.
Unless, of course, we want 2016 to repeat itself? 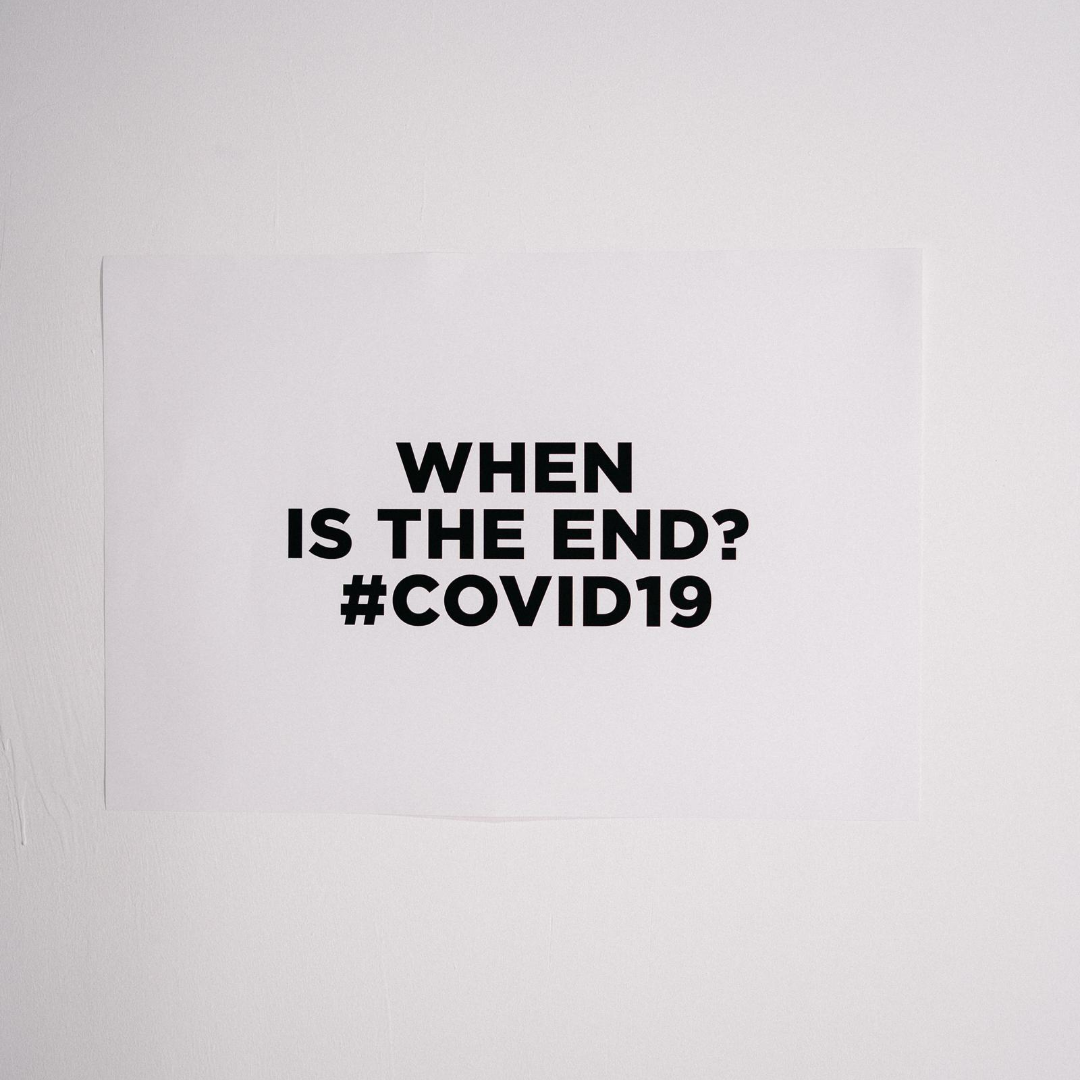 Then again, maybe Kamala, akin to Marco Glorious Khare (who is also Black and South Asian), has been singled out and labeled as too Black too be Indian.  She has found that there is no Black and Brown solidarity within the corridors of America like there should be. Thereby instead of denouncing her for how she chooses to self identify based on her multiracial experiences in America, let’s congratulate her on potentially ascending to one of the highest offices in the land. Let’s hold her accountable if she becomes the next Vice President of the United States, and show our Black and Brown daughters the possibility of doing so too. 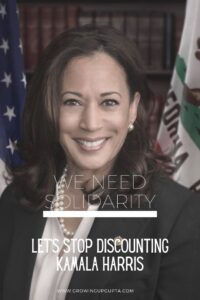 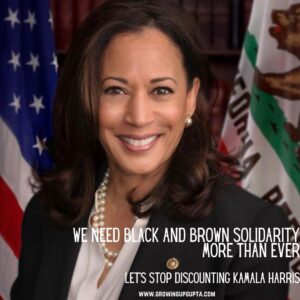 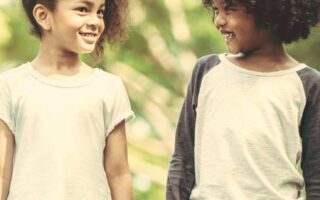 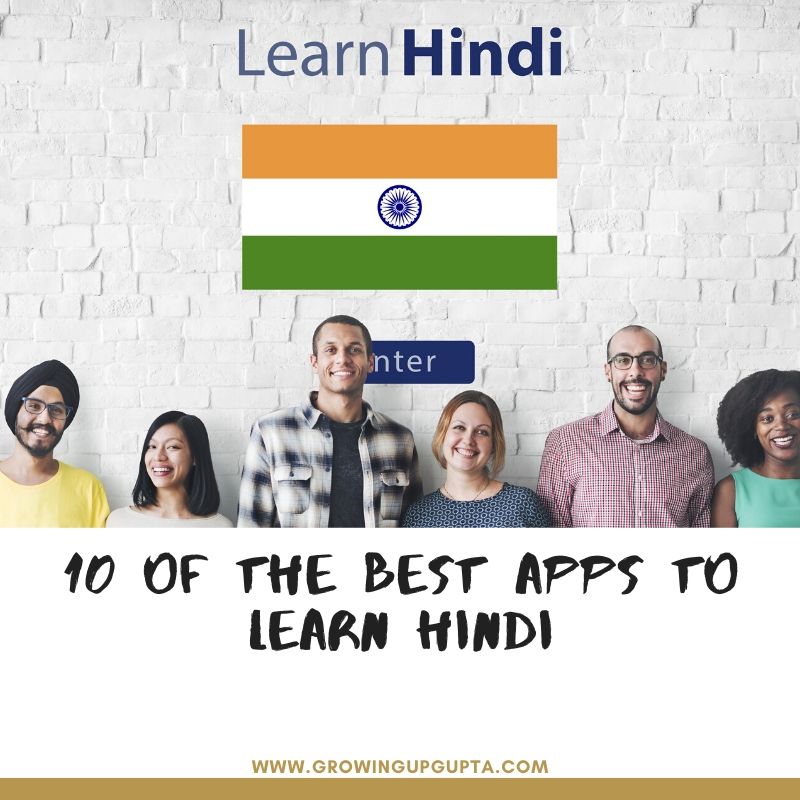 10 Of The Best Apps To Learn Hindi