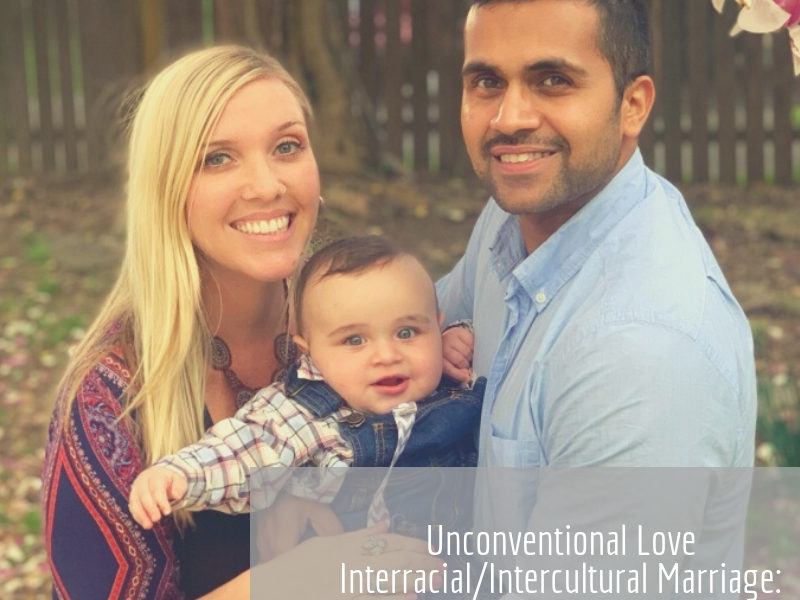 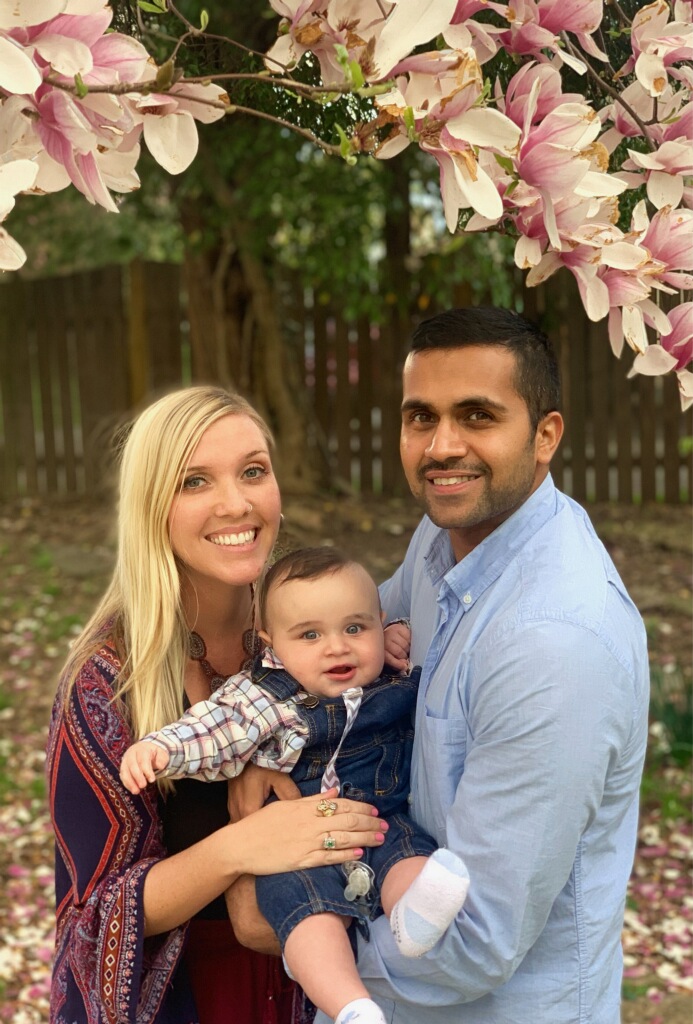 “Being in an interracial and intercultural marriage in the U.S. during such a divisive, and sometimes totally dark time in terms of racial injustices and blatant xenophobia is taxing and illuminating.”

We met at a nightclub!  Lauren had just graduated from college and decided to go on an impromptu beach trip for a weekend with her cousin in the same town where Dipesh happened to be working for the summer.  Lauren saw Dipesh at the bar and approached him while getting a drink. They began chatting and spent the rest of the night together.  The next day Dipesh invited her for coffee, but she was more interested in hitting the beach.  So instead she met up with him later that night at another popular party place and they stayed up the entire night talking.

Our dating history is as non-traditional as we are.  After first meeting in June 2012, we met up a couple of other weekends that summer.  During this time, Lauren was living in Pennsylvania. While Dipesh was located in Maryland which is about 5.5 hours away.

Then in the spring of 2013, Lauren joined the Peace Corps and moved to Costa Rica to serve as a volunteer for two years.  During her time there, they occasionally kept in touch via social media and Skype.  But when Lauren visited Pennsylvania over Christmas, Dipesh came to visit for what was supposed to be only one night. He ended up staying for several days with her and meeting her entire family.  On his last night, before Lauren flew back to Costa Rica, Dipesh proposed to try dating exclusively while being long distance.  They ended up doing that for the remainder of her time in Costa Rica.  And when her service finished, they decided to get married, after only having a relationship with short visits and many Skype conversations.

Lauren moved in with Dipesh in Maryland (the same place where they had met). They have been married for over four years.  And currently reside in Maryland, and have an eleven-month-old son.

Nine Months After We Got Married

Dipesh’s parents were not initially supportive of our marriage.  Thus when they first came to the States, about nine months after we got married, it was pretty nerve-wracking. Frankly, I had no idea how they would treat me.  Surprisingly, they were friendly and kind. When I first saw Dipesh’s mother, I think we both teared up as we hugged. There are a lot of language and cultural differences that have been challenging for me to get used to when they visit.

Nonetheless, their second visit, a few months ago, was even better.  They speak a few English words, and I am learning a few Nepali words and phrases to help us when we are together.  Additionally, having our son has given us something to connect over. They’re moving here in a few weeks which will be a significant transition but also a great experience for all of us.

How Was Meeting Her Parents For The First Time

I, Dipesh was very nervous, especially since we weren’t dating seriously at the time.  Despite this they were welcoming and helped me feel comfortable. I spent a lot of time with them during that Christmas visit and was happy that they didn’t mind that I was staying over the holiday.

Aside from Dipesh’s parents’ initial disapproval of our relationship, our obstacles seem to be navigating our different backgrounds, families, and social circles. We both were raised in entirely different cultures and contexts, and these differences sometimes rear their head in our daily lives. For example, Lauren grew up in a conservative, all-white family. And while they are incredibly loving towards Dipesh, they often don’t fully understand or appreciate his experience as an immigrant to the U.S. and this has been challenging to get across to them.

Moreover, while as a couple, we tend to have similar spiritual and political beliefs, dietary preferences, and lifestyle, our families are entirely different. Lauren was raised Christian and Dipesh was raised Hindu. Thereby, it’s been challenging to live how we choose to as a couple when it differs a lot from both of our families.

Provide Any Engagement Or Wedding Tips You Wish You Knew Beforehand

When possible, do whatever you both like!  And don’t feel pressured to do it any other way!  Especially as an intercultural couple!  Have fun with mixing the traditions of both cultures in a way that represents you as a couple.  We had a small ceremony in Lauren’s parents living room with just our close family and friends.  And later we had a larger wedding ceremony and reception with a few Hindu wedding traditions and the party style that we love.  It was the first time our friends and families had all gotten to meet, so it was lots of fun and unique.

Our Top Takeaways/Advice To An Interracial/Intercultural Marriage

Our differences bring diversity to our relationship, values, and worldviews.  Having two cultures instead of just one has been twice the holidays.  And it has been a big influence on how we see and experience the world together.  It can be demanding, but really, it’s such a positive and it enhances who we are individually.

We’re still learning that our cultural differences can pop up out of nowhere. Especially while raising a child, even when we thought we had covered all there could be.  We’re also still learning how to navigate relationships with our own/each other’s families when these differences arise also. 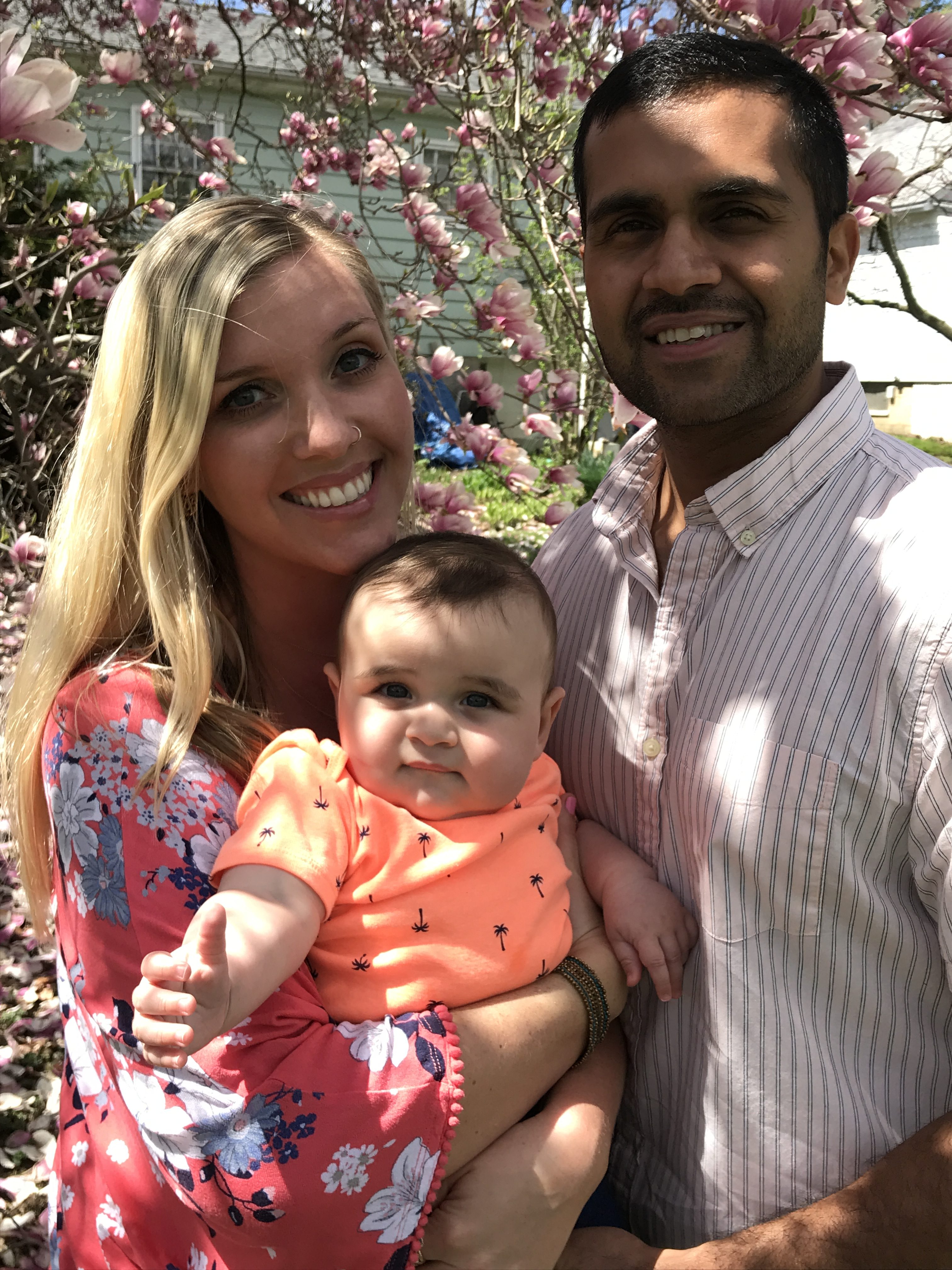 Since our son is less than a year old, we still have so much to learn about multicultural parenting.  More than anything, we want to raise him to be kind and aware of differences in all types of identities.  Since he is being raised in the U.S. and often visits Lauren’s family, it’s imperative for him to know his Nepali culture. As a result, we’re bringing Dipesh’s parents here to live. And we believe this will be a massive contribution to his upbringing in so many ways.  Dipesh speaks to him in Nepali, and we hope to travel to Nepal frequently. He is the first biracial and bi-cultural child in either of our families for as long as we can trace them back.  Therefore we hope he fully embraces all of his identity and uses that to encourage others to do the same.

Anything Else You Want To Add To Help Others Reading This

It’s a cliche, but patience with each other’s differences goes a long way in a relationship.  Also being in an interracial and intercultural marriage in the U.S. during such a divisive, and sometimes totally dark time in terms of racial injustices and blatant xenophobia is taxing and illuminating. We don’t see our relationship as an abstract multicultural perfect image.  But instead, as a daily experience that challenges and illuminates our deeply held beliefs and values about the world.  And possibly it does the same for others when they see us.  Above all, our love is built on our friendship, partnership, and values. Collectively this makes all the difference in navigating an interracial and intercultural marriage in today’s world. 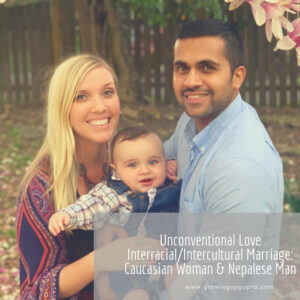 MEET THE KANAGAWA’S…NO SHE’S NOT ADOPTED!