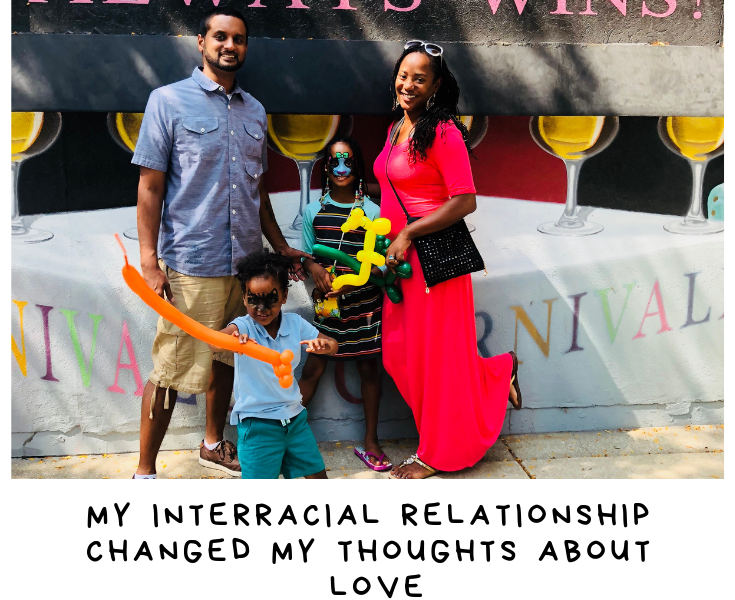 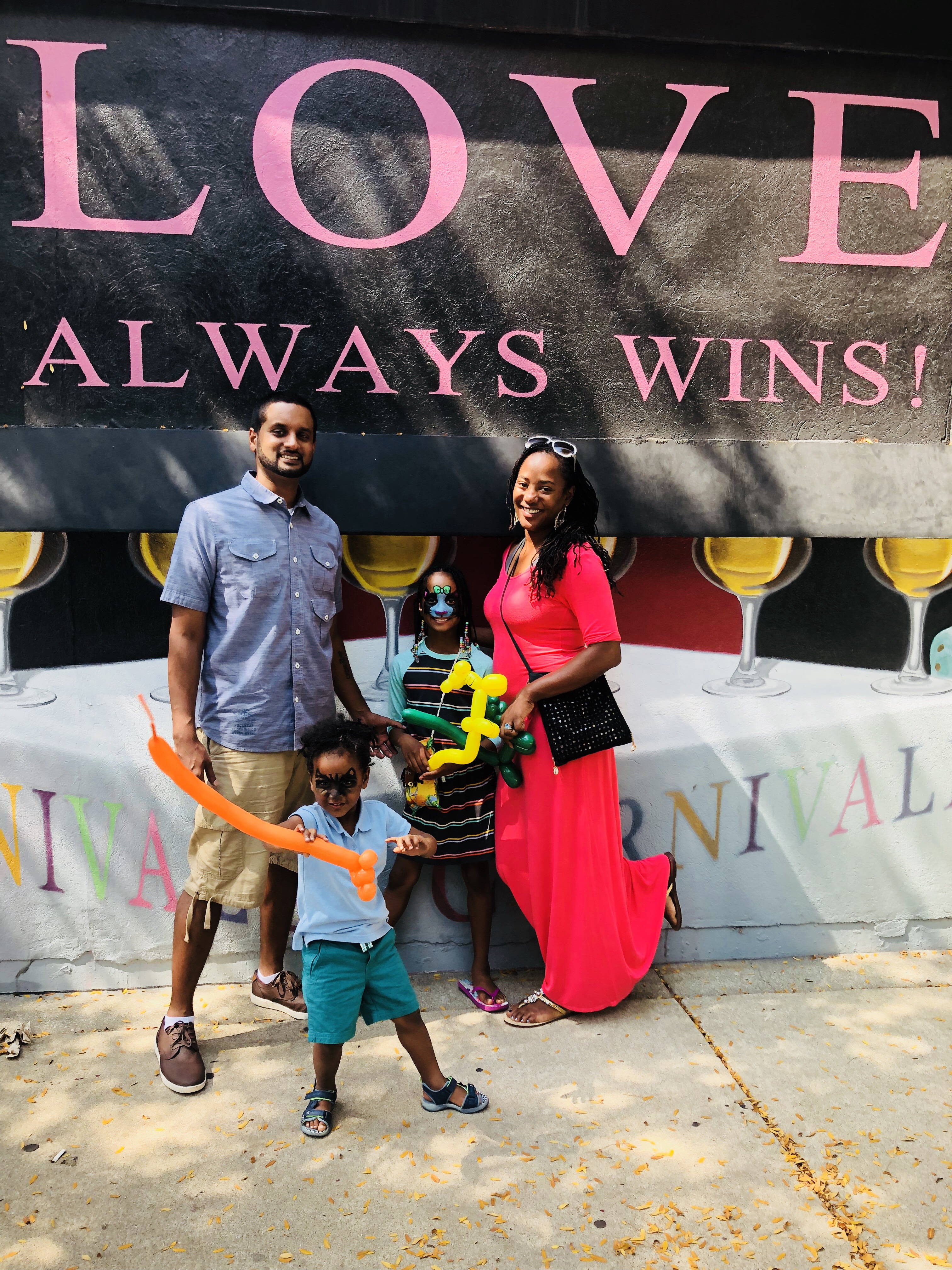 As A Black Woman, I Never Imagined Being In An Interracial Marriage

As a Black woman, I never imagined I would end up marrying a South Asian man. Seriously, never. Being able to relate to a man of a different racial/ethnic background the same way I have with men of African descent was something I just never fathomed. Sure enough, my mouth was “shut wide open” when I met my now-husband JC.

What mainly attracted me to him besides his amazing smile and kind heart were his politics and nonconformist views on relationships between men and women. With all those fine attributes, what pushed me to take a leap of faith was learning that I did not have to explain my life experience as a Black woman to him. He’s a F@!%*# unicorn!

Despite the revelation that he was in solidarity with things that mattered to me (such as my love for the African diaspora, natural & kinky black hair, being independent ), he and I both knew he wouldn’t always be accepted in certain circles that love the same things I mentioned. This was one reason why our connection was a gradual one. I had a hard time grappling with what it meant for me to date outside of my community. I, like a lot of black women who have a connection to their community, held a nonverbal oath to my racial male counterpart. So much so that I wrote a list of inner qualities I was looking for in a partner to eventually marry and start a family. Though I never spelled out a racial identity, I just expected my future mate would be of African descent. So, when I met my husband, I was taken aback because he matched up to my interest.

I still wasn’t convinced though, which resulted in me giving him a hard time. Like most skeptical people, I needed to see if he was trying to play me. I didn’t want to end up dating an enemy. The last thing a Black woman like me would want is to have the same conflicts in my home as I would outside of it. Of course, I eventually gave him a chance, and here we are, 15 years later in deep admiration and respect for one another.

Obviously, it took some work to get here. In between my apprehension and finding amity, there were a few key players that tested our relationship. Within the first three months of dating JC, he was very much interested in me meeting his friends. He told me “everyone wants to meet you!” That in itself made me anxious because I was still unsure of where I saw our relationship going. I held my breath for the first six months of dating because I still was guarded. I was also uncomfortable with the class differences between us.

“Being uncomfortable with our class differences was on top of that list, along with me being unsure about being seen in public with a man who was not Black.”

Although I was the first in my family to graduate college, I did not feel as confident next to JC’s Ivy League education and his upper-class friends. I was an evolving, working class 20-something that had wandered into a new world unfamiliar to me. Being uncomfortable with our class differences was on top of that list, along with me being unsure about being seen in public with a man who was not Black. Because of the historical hyper-segregation in Chicago, the Black community overall did not feel welcoming of black women in interracial relationships the way I would have liked. My pairing was a rarity compared to the frequency of Black men dating women of other races. Though we both lived on the south side, there was still two south sides of Chicago: one African American, the other everyone else connected to the University of Chicago. He personally was not connected, but his sister was, and that was how he ended up there, so he was guilty by association, lol.

One of the most challenging encounters for our relationship was with a South Asian female friend of JC’s, whom he met through a college friend. She was hospitable, yet probing. It was as if she was invested in knowing who I was and my intentions like she was a sister meeting a potential new family member. Based on the questions she was asking, it was apparent she was curious about my ability to attract someone like JC.

In retrospect, she was also unfamiliar with a Black woman dating a South Asian man.  Ironically, she herself dated Black men and had a child by one. You see, although interracial dating is pretty common these days, JC and I were a rarity, a unicorn, something that was assumed to be damn near impossible. At least that’s how I perceived it. To this day, I only know of two Black and Indian aka Blindian couples from Chicago where the woman is Black and the man is South Asian. I say this to bring up the point that based on some of his friend’s probing questions and presumptive notions; she seemed surprised that I was the type of woman he would go for. This is the energy I have gotten from most South Asian women that were not of the same mindset but were associated with JC.

“He didn’t fit the ideal image for a black woman to date. Nor did I fit the image a South Asian man would date…”

I too have had friends that were ignorant to the fact that I was drawn to someone like him. He didn’t fit the ideal image for a black woman to date. Nor did I fit the image a South Asian man would date: my hair is unapologetically kinky and in tiny locks society often refers to as dreadlocks, I am a brown complexion who enjoys getting even darker. Although it’s a beautiful one, I don’t have a fascination or any connection with Indian culture, and lastly, I came from a working-class family who couldn’t be any more different than his. Though very engaged in the subject of Black history and Black politics, JC is not as knowledgeable about the origin of hip hop and R&B like I am (my nickname is DJ Keish, IJS). We have a lot in common and yet we are very different. Somehow things flow effortlessly between us most of the time. It was a pleasant discovery to know that you can be drawn to someone so outwardly different due to a deeper connection.

Despite a cringe-worthy moment I had with his aforementioned friend attempting to correct me on how to pronounce Kemet (the original name of Egypt) after we had just returned from a 15 day guided tour there, I toughed it out because I wanted to prove women like her wrong. She was dead wrong on the pronunciation by the way.

Facing Discord From Other Women of Color

As a Black woman, I am continuously fed images and subliminal messages that say I am angry. I am not feminine enough; I am not the standard to be wife material, I am not long term, I am just a passing phase for any man, especially when it came to an eligible, handsome South Asian man that had his pick of women, including the South Asian friend who interviewed me.

“They took it as an insult that they were not his type and I was.”

She and other South Asian women who liked JC were not initially happy for us. They took it as an insult that they were not his type and I was. I wish I could say that his friend and I were able to learn a lot from one another and raise our Blindian kids around each other, but that would be an alternative fact.  I am a strong supporter “in believing people when they show me who they are, believe them the first time.” Instead, the relationship that she and I were forced to be in with one another ended because I was no longer going to allow her to project her ignorance and deep-seated insecurities onto me.

I bit my tongue on obvious moments I was being disregarded and made to feel inferior. It was not an easy thing to go through, and I know there are so many black women enduring such relationships with their partner’s family as well as friends. You wonder why your partner is not defending you as he should. You question if he’s the right partner. Will he protect you like you perceive men to be able to do; because that’s what you saw some black men doing. You wonder if the stereotypes are true about South Asian men versus African-American men (is he masculine enough, is a big one for a lot of black women I know). I had all those thoughts and then some. I took them straight to him and no one else because that’s a part of my personality as well. He is who I chose, and he is who I was going to get my answers from. He had to explain to me how he did not exercise solidarity in such defining moments of our relationship. It was a critical stage in our relationship, which has helped us grow tremendously!

I guess, I endured those moments because luckily for me interacting with his family was a cake walk compared to the tension I dealt with his former friends. Crazy right? Yeah, I thought the same thing. Who knew that I would create a bond with his mother and have an ideal connection?! I like to think a higher power knew we were meant to be. That is why I am so grateful and confident that what I endured taught me a lot about myself and gave me the strength not to give up, nor internalize my blackness despite how this nation frames African- Americans over and over. We then had those moments to show us what work we needed to do to make our union what it is today.

So I offer you these pieces of hard-earned wisdom in closing:

What did you think about this riveting and raw post?  Did you encounter what Keisha did?  Did it resonate with you?  I know, it resonated with us.

Keisha Mathew is a mother of two and has been with her husband for over fifteen years. When she is not counseling youth by day, writing about her experience as a woman of African descent is her passion. If you enjoyed her take on Blindian life, you can follow her @wanderlust.writer.creator.

This post contains affiliate links that support the operation of this blog. If you decide to make a purchase this blog gets a small commission. 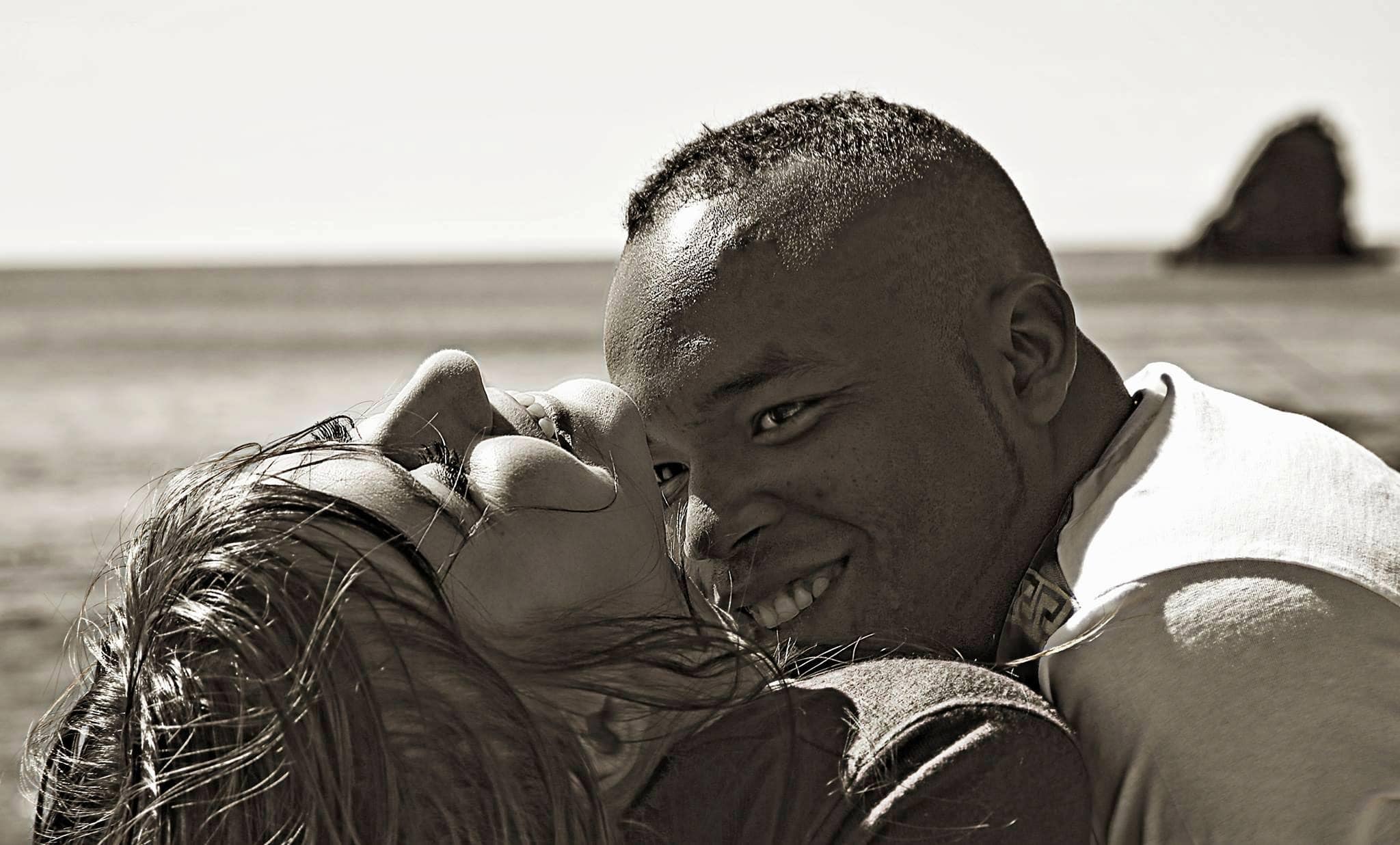 I’M IN LOVE WITH SOMEONE OF ANOTHER RACE/CULTURE. HOW DO I TELL MY PARENTS? 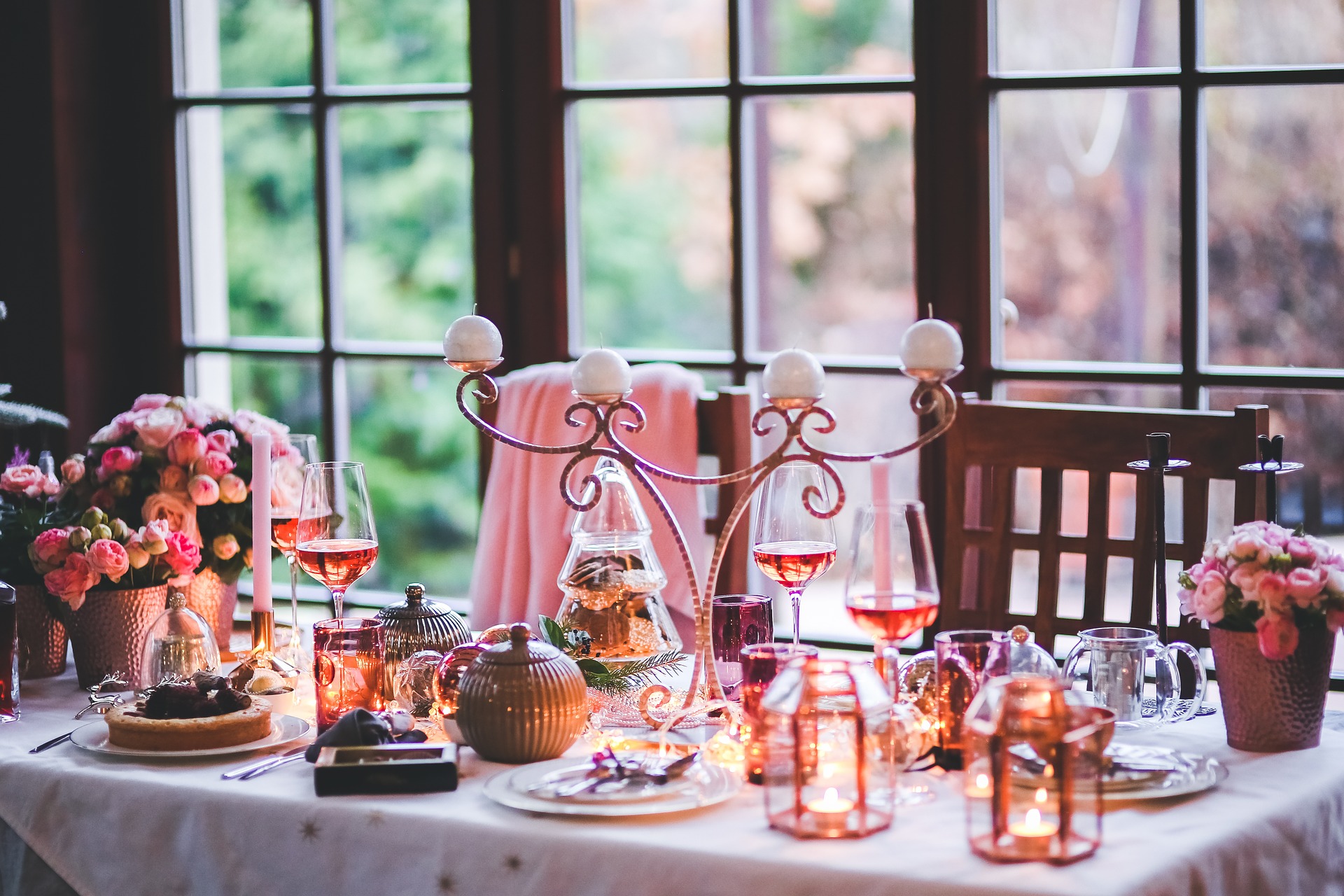 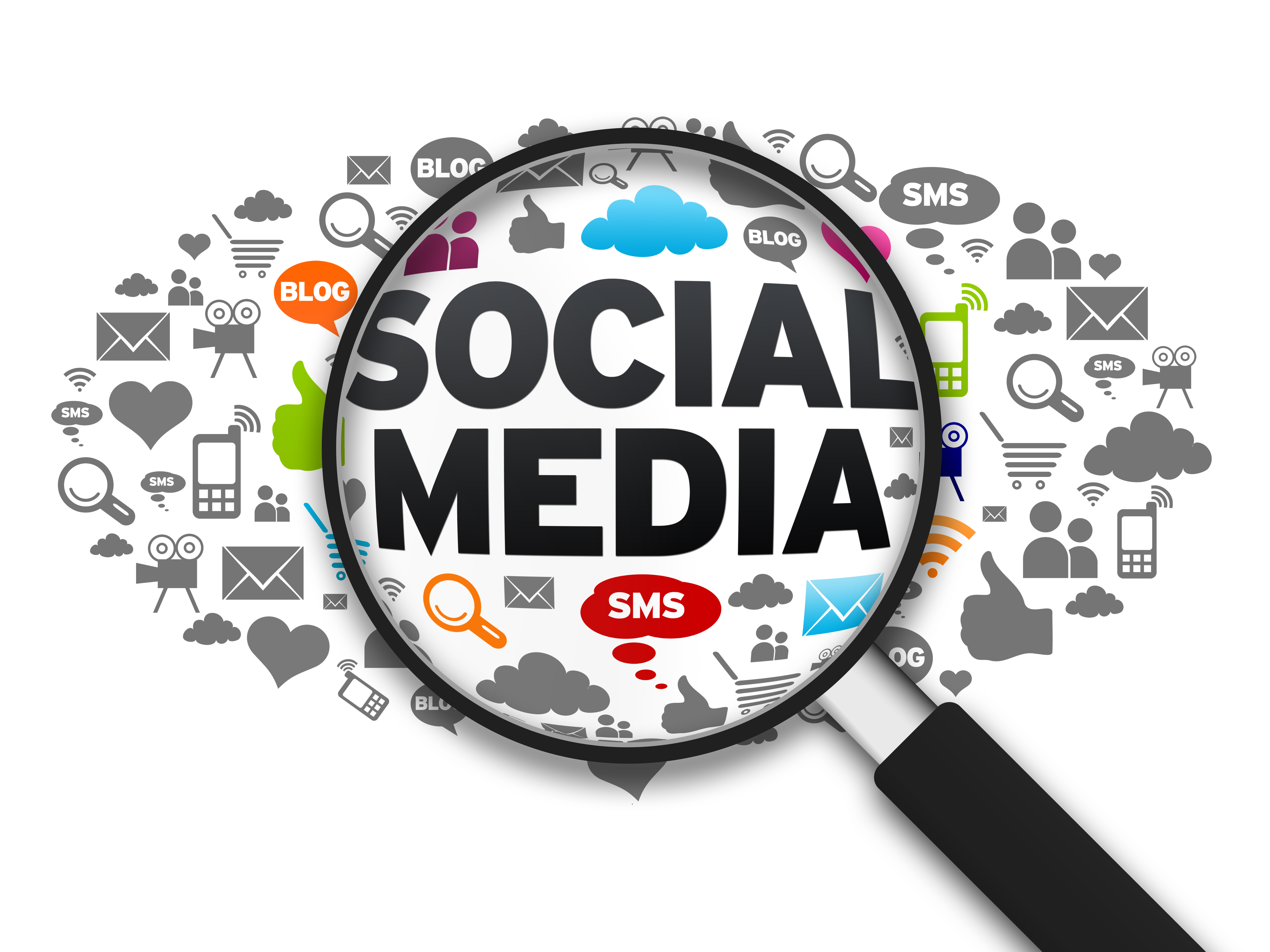